"If there are to be problems, may they come during my life-time so that I can resolve them and give my children the chance of a good life."

"You never change things by fighting the existing reality. To change something, build a new model that makes the existing model obsolete."

Sustainable development is development that meets the needs of the present without compromising the ability of future generations to meet their own needs."

The Report of the U.N. Brundtland Commission, Our Common Future, 1987

JOIN US IN COLOGNE!

In transition processes towards achieving climate neutrality large cities and urban areas represent with high population densities and high energy densities a special challenge. On this panel we would like to discuss amongst researchers and representatives from cities different solution pathways, barriers and how to overcome them. We want to present and discuss best practice solutions. 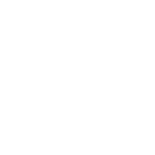 Prof. Peter Droege
Liechtenstein Institute for Strategic Development & EUROSOLAR, Berlin, Germany
Peter Droege, President of EUROSOLAR.org, the European Association for Renewable Energy, is an international urban planner and sustainability expert experienced in advanced urban policy, management, transport policy and strategy, urban design, city and regional planning and renewable infrastructure development – and the director of the global sustainable design and planning consultancy, Liechtenstein Institute for Strategic Development (eurisd.org). Peter Droege’s academic career stretches from the School of Architecture and Planning at the Massachusetts Institute of Technology (MIT) and his position at the University of Tokyo as Urban Development Engineering Endowed Chair to his position as Lend Lease Chair and Professor of Urban Design at the University of Sydney, to the Chair for Sustainable Spatial Development at the University of Liechtenstein. A recipient of the European Solar Prize, Peter Droege produced the major textbook on space and IT, Intelligent Environments (Elsevier 1998), but has become an influential author and editor of seminal books on transforming the urban system: “The Renewable City” (Wiley 2006), “Urban Energy Transition” (Elsevier 2008), “100 Percent Renewable” (Routledge 2012, Earthscan 2009), “Climate Design” (ORO Editions 2010), “Regenerative Region” (Oekom 2014) as well as chapters in the new “Handbook of Architectural Theory” (Sage 2011), “Encyclopedia of Energy” (Elsevier 2004), “The New Blackwell Guide to the City” (Blackwell 2011), “Sustainable Urbanism and Beyond” (Rizzoli 2012), and “Superlux” (Thames and Hudson 2015). These findings and ideas combined with his projects led Peter Droege to serve as sustainability innovation advisor to the City of Zurich’s Urban Design Department, Principal Advisor to Beijing’s Municipal Institute for City Planning and Design, be elected as President of Eurosolar, appointed as General Chairman of the World Council for Renewable Energy, and be invited as inaugural Selection Committee member of Masdar’s Zayed Future Energy Prize. In June 2016 Peter Droege was commissioned by the world’ largest science publisher, Elsevier, to develop a second edition of his 2008 bestseller, Urban Energy Transition: From Fossil Fuel to Renewable Power. It was released in August 2018 as the 700-page global handbook ‘Urban Energy Transition – Renewable Strategies for Cities and Regions’.
Beyond Neutral
show abstract
Empirical evidence and scientific insight show: going neutral is not enough, not at 40% excess CO2 in the atmosphere, and a staggering excess of 250% climate killing CH4. Zero emissions are still too high - as are 1.5 degree ceiling targets for temperature rise.  Few realise this. How to deal with this calamity in cities? The author and editor of Elsevier's Handbook 'Urban Energy Transition - Renewable Strategies for Cities and Regions' presents his stunning and practical Viral Solar (VS) concept, as one way of achieving 100% renewable energy fast, as a basic precondition of all other efforts needed.

Dr. Takaaki Furubayashi
Akita University, Akita, Japan
Takaaki Furubayashi is a Lecturer in the Graduate School of Engineering Science at Akita University. Since 2009, Dr. Takaaki has been working on the design and analysis of biomass energy systems, energy flow analysis, renewable energy potential analysis, LCA of low carbon technologies. After experiencing the Great East Japan Earthquake in 2011, he have been focusing on designing and analyzing regional energy systems with a focus on renewable energy. Since 2019, he was appointed as a lecturer at Akita University in Akita prefecture where huge wind power potential is available. His research field is to design and analysis the low/zero carbon energy system using regional renewable energy sources such as wind power.

Prof. Şiir KILKIŞ
The Scientific and Technological Research Council of Turkey (TÜBİTAK), Ankara, Turkey
Şiir KILKIŞ is alumna of KTH Royal Institute of Technology, School of Architecture and the Built Environment Faculty of Civil and Architectural Engineering, and Georgetown University, where she graduated magna cum laude as the gold medalist in Science, Technology, and International Affairs. She serves as a Lead Author in the Intergovernmental Panel on Climate Change Sixth Assessment Report with a focus on urban systems in Working Group III on Mitigation of Climate Change. She is a member of the Earth Commission Working Group on Translation and Methods, Steering Committee of the Future Earth Urban Knowledge Action Network, and the International Scientific Committee of the SDEWES Center. Based on her research work, she takes place among the world’s top 2% scientists in the areas of energy, environmental science, and emerging/strategic technologies. Her research accomplishments include the SDEWES Index benchmarking 120 cities, novel net-zero district concepts, and the Rational Exergy Management Model to curb CO₂ emissions. She is an editorial board member of The Journal of Sustainable Development of Energy, Water & Environment Systems and Smart Energy as well as Guest Editor in Energy Conversion and Management. As Associate Professor in Energy Systems Engineering, she lectures on sustainable development in the Earth System Science Program of METU and is Senior Researcher and Advisor to the President at The Scientific and Technological Research Council of Turkey.
Integrated Approach for Climate Neutrality in Urban Areas with Correct Timing and Response
show abstract

European urban areas will be responsible for about 4.1 GtCO2 in 2020 that represents 15.7% of the global emissions from urban areas. In contrast, the scenario framework of the IMAGE SSP1 model with a radiative forcing level of 1.9 W/m2 necessitates that climate neutrality is reached by mid-century while even faster action should take place based on the expected target of 100 climate neutral cities by 2030 in Horizon Europe. This panel contribution will provide an overview of the total urban emissions from Europe with perspectives of climate neutrality, emphasizing that we do not only need climate neutrality, we need climate neutrality in the correct timing with the correct response considering the remaining carbon budget. The vast opportunities that urban areas represent for supporting energy system integration towards the renewable energy transition will be emphasized with perspectives from the Sustainable Development of Energy, Water and Environment Systems (SDEWES) City Index.

Prof. Brian Vad Mathiesen
Aalborg University, Aalborg, Denmark
Brian Vad Mathiesen, Professor in Energy Planning and Renewable Energy Systems at Aalborg University, holds a PhD in fuel cells and electrolysers in future energy systems (2008). His research focuses on technological and socio-economic transitions to renewables, energy storage, large-scale renewable energy integration and the design of 100% renewable energy systems. He is one of the leading researchers behind the concepts of Smart Energy Systems and electrofuels. He is on the Clarivate, Web of Science Highly Cited list (2015-2020), thus among the top 1% most cited researchers globally. Among other positions, he is member of the EU Commission expert group on electricity interconnection targets in the EU as well as Research Coordinator of the Sustainable Energy Planning Research group, Principal Investigator (PI) of the RE-INVEST and sEEnergies projects, and Programme Director for the MSc in Sustainable Cities. He has been PI, work package leader and participant in more than 60 research projects as well as editorial board member of The Journal of Energy Storage (Elsevier) and The Journal of Sustainable Development of Energy, Water & Environment Systems; Associate Editor of Energy, Ecology and Environment (Springer) and Editor of the International Journal of Sustainable Energy Planning and Management. Furthermore, he is a member of The Danish Academy of Technical Sciences (ATV) and a board member at The Danish Energy Technology Development and Demonstration Program (EUDP).

The path to achieving the ambitious objectives set by the 2015 Paris Agreement requires a synergy of action by national governments and public bodies at all jurisdictional levels. Cities are at the forefront of this process of reducing greenhouse gas emissions from current energy systems, but what is the ambition of European cities committed to the fight against climate and are cities' climate mitigation goals ambitious enough to achieve carbon neutrality by 2050 or sooner?

This panel contribution is based on the results of a recent study on the local climate mitigation plans of a representative sample of 327 cities in EU27 and the UK. It will provide an overview of cities’ effort in climate mitigation planning and their ambition in terms of mitigation targets. It will be useful to understand the movement of cities in the sample striving for carbon neutrality and the influence of climate networks in their climate action and ambition.

Prof. Rodney Stewart
Griffith University, Gold Coast City, Australia
Rodney Stewart is a Professor and Deputy Head of School (Research) in the School of Engineering and Built Environment based at Griffith University, Gold Coast City, Queensland Australia. Professor Stewart is an expert in engineering, construction and environmental engineering and management research. His current particular area of research focus is on digital utility transformation. Professor Stewart is leading industry collaborative research projects that seek to integrate 'big data' metering and monitoring technologies and associated expert systems into infrastructure, particularly in the water and energy utility sector, in order to better manage these critical resources and better integrate contemporary solutions such as renewable energy and decentralised water supply. He has a rapidly growing citation trajectory with a H-Index of 43, i-10 index of 100 and over 5600 citations (September 2019; Scholar). He has received over USD $5M of external funding, including over 15 years of continuous prestigious significant Australian Research Council (ARC) funding to date. He has averaged over 15 refereed publications per year in his academic career. Professor Stewart has research peer esteem being ARC assessor for grant applications, as well as organising committee or invited/keynote speaker for a number of international specialist conferences. Rodney has supervised to successful completion over twenty PhD/MPhil graduates to date; many of which have received national or international accolades for their research outputs and all employed after completion. He has numerous visiting Fellow (funded) invitations including for example, 2012 and 2017 visits to the strong Urban Water Systems Group in Exeter (UK), 2013 visit to UC-Davis Centre for Watershed Sciences (USA), and 2017 visit to Cambridge University.

Mr. Jonas Tolf
Stockholms Stad, Stockholm, Sweden
Mr Jonas Tolf holds a Master of Science in Environmental Planning and Design from Luleå University, Sweden. Mr Tolf has a background in research and development on industrial waste water treatment at Swedish Environmental Research Institute (IVL) 1991-1998. 1998- 2002 Mr. Tolf worked as environmental consultant and head of the consultant department Environment & Law at the national energy company Vattenfall. Since 2002 Mr Tolf leads the Energy and Climate Unit at the Environment and Health Administration/ City of Stockholm. The Energy and Climate Unit consists of a group of twenty experts on climate analysis and energy efficiency, supporting the City’s systematic work on energy efficiency and climate mitigation.